We use cookies to provide you with a better experience. By continuing to browse the site you are agreeing to our use of cookies in accordance with our Cookie Policy.
Skip To Content
Home » The Digital Baker: Adapting to the new consumer age

The Digital Baker: Adapting to the new consumer age

Prior to Hurricane Ike back in September 2008, Houston-based retailer Three Brothers Bakery already had begun to reinvent its century-old family business. After Ike, “the transformation took on a life of its own,” says the company’s president and co-owner, Janice Jucker. Two important events soon followed that put Three Brothers Bakery on the national food map. The first occurred when Country Living magazine named the bakery’s pecan pie “the best mail order pecan pie America has to offer.” Then came a local challenge by Greg Morago from The Houston Chronicle to create a 3-layer piecake, which Three Brothers named the “Pumpecapple Piecake.” Consumers outside of Houston — many people — took notice. They started calling Three Brothers from across the country.

All of this leads to the story of how one retailer began a journey of discovery into the digital world that today involves a multifaceted e-commerce platform that includes a robust online ordering platform, a tablet-based point-of-sale (POS) operating system, and a digital marketing agency — to name just a few. Jucker is learning important details like cost per acquisition and social ROI (return on investment).

“You (as a retailer) are being compared by consumers to Pizza Hut and the doctor’s office,” Jucker says of today’s bakery. “The buyer wants the same kind of service everywhere.” 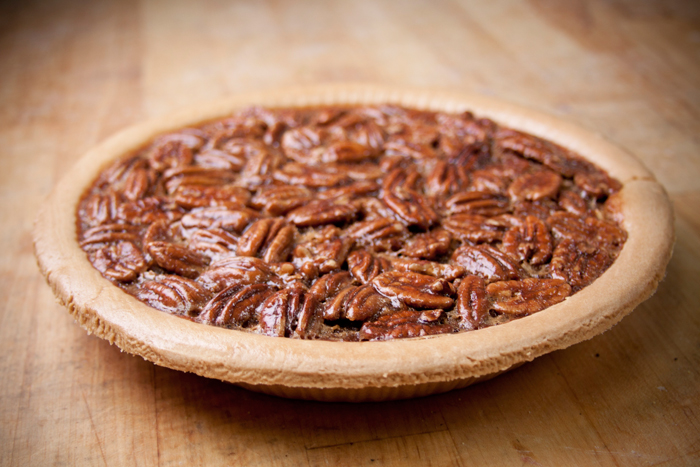 Based on years of valuable experience, Jucker knows what she is talking about when she suggests the benefits to investing wisely in modern POS systems that include mobile payment capability. A new Visa study reveals that 78% of consumers surveyed rank a digital payment method as the No. 1 preferred payment option.

Understanding how consumers discover businesses can help retail bakeries and others attract new and exciting customers, according to the Visa report. Research shows that consumers prefer using digital channels such as a website or social media when determining where to shop, the report states. Setting up and promoting your business online may help consumers find and do business with you. “You have to let the consumer shop the way they want to shop,” Jucker says. “Our goal is to make our online ordering business the same as one of our (three total) brick and mortar stores. That will maybe happen in four to five years.”

Building your own brand online is one of the most important benefits of doing business in the digital age because it doesn’t matter whether you are large or small. If you make a great product and know how to get it to shoppers with the right great quality and service, you will win over more and more customers and expand your reach. Also, keep this idea in mind as your bakery considers expanding into some type of online ordering presence: “The average ticket online is over 150-200% more than in store,” Jucker says.

This is the lesson being learned by Porto’s Bakery & Café, which operates locations in the California cities of Burbank, Glendale, Downey, and Buena Park, with a fifth store coming soon in West Covina, California. The four cafes serve more than 6 million customers a year. They sell 1.5 million cheese rolls and 600,000 potato balls a month. In late 2018, the culmination of a two-year project led to the creation of the new Porto’s Bake at Home product line. The service is available through online ordering on the bakery’s newly redesigned website. The five products available for online ordering are Refugiado guava and cheese pastries, cheese rolls, guava strudel, dulce de leche Besito cookies, and meat pies. 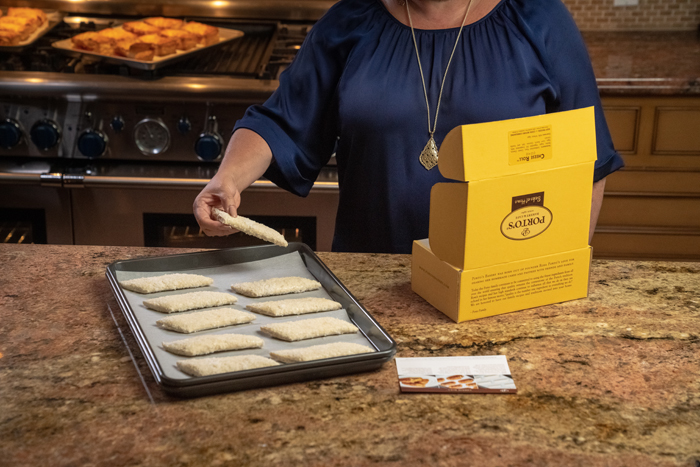 Porto’s uses its own central kitchen to produce the new line separately from its retail business. “We want to control it ourselves. We don’t want a middleman,” Porto says. “We are keeping it family owned and operated.”

Flour to the people

A similar strategy is being followed by other bakeries that choose to promote their own brand through the digital marketplace. Bellegarde Bakery is a wholesale bakery that sells its acclaimed bread to more than 100 businesses around New Orleans. The bakery has found plenty of success with its breads — so much so that in the first half of 2019 it will open its first retail space that will offer breads plus flours, pizza dough, and other baking staples. And on Dec. 11, Bellegarde announced it had launched an online store that will sell its stone-milled flour across the country. Several freshly milled grains are available: buckwheat flour, durum flour, rye flour, organic red wheat flour, corn meal, and corn grits.

“Bread at Bellegarde is made entirely by hand using only the best and freshest ingredients,” says Graison Gill, owner of Bellegarde. “We purchase most of our grains and baking ingredients directly from the people who make them — whether that’s salt from Avery Island, olive oil from Texas Olive Ranch or our heirloom corn, which has been grown by the same family in Alabama since 1875. We mill our flour fresh, unlike any other bakery in the region, to ensure that our customers receive the best products made with local ingredients, lots of nutrition and even more flavor.” 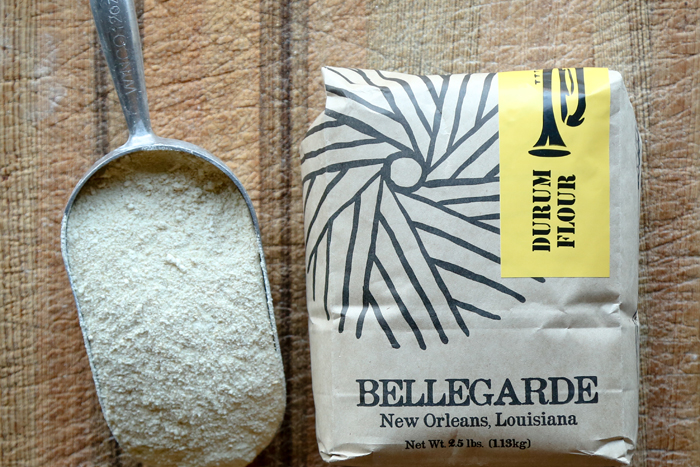 Mike Clements, owner of BakeSmart, says that businesses must compete online for their customers. “Consumers go to the internet to gather product information, read customer reviews, finalize buying decisions, and — most importantly — make a purchase. If a bakery is unable or unwilling to meet and interact with its potential customers in the digital spaces where they spend an increasing amount of their time, it is becoming ever more likely that those potential customers will become someone else’s customer.”

There’s a general hierarchy a consumer will traverse when examining a company they want to buy from online, he says. Can I find them on Google? Do they have social media accounts? Do they have a website? Can I buy from them online? Do they have digital rewards?

“That hierarchy should drive investment,” Clements says. “The social platforms are relatively low cost but, more and more, e-commerce is where you will see the return in lower cost to service and increased order accuracy. We’re seeing e-commerce orders comprise upwards of 20% of the orders some of our bakery customers accept from customers. That’s impactful and, more importantly, profitable.” 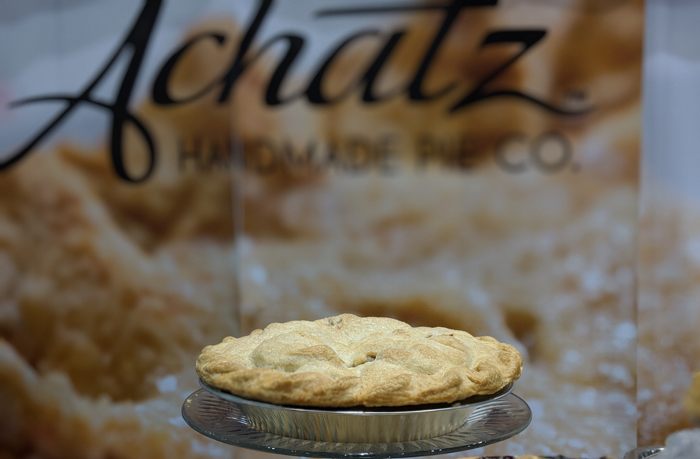 In 1993, Michigan bakers Wendy and Dave Achatz began selling pies at local farmers markets and quickly learned that they could barely keep up with demand. Business was booming, so they bought a nearby apple orchard and opened their first pie shop. Achatz Handmade Pie Company was officially born.

“People want slow food, fast,” says Wendy Achatz, the co-owner of Achatz Handmade Pie, which encompasses six retail pie shops serving the Detroit metro area and a 20,000-square-foot bakehouse where they make tens of thousands of pies in small batches each week. “It’s wonderful that the American public is starting to better understand the value of high quality. Our mail order system is doing well — up 5% this year. We’ve also been using Goldbelly (an online website for signature foods) for three or four years. We are always willing to try new things.”

Achatz says they started shipping pies online 20 years ago and learned valuable lessons along the way. “We really thought it through. What would the pie look like on the other end when the consumer received it?” she says. “We include a paperboard box with a breathable window, in case they want to store it. We include instructions for toasting it up to re-crisp the crust, because nothing is worse than a soggy pie crust. It’s important to put yourself in the customer’s shoes. We package pretty well.”