Once an aspiring food writer, Avery Ruzicka is writing a new chapter in bread baking and pastry excellence as the head baker and partner at Manresa Bread, located just south of San Francisco in Los Gatos, California. “I appreciate all bread,” she says, “but if I’m making bread I want to use the highest quality ingredients. I don’t think people have taken it as far as they can.” Every week, Ruzicka heads over to the Santa Cruz Farmer’s Market to pick up two dozen 50-pound bags of whole grain from a local farm.

“We get white wheat from Coke Farms,” she says. “They grow a couple of acres of grain: wheat, rye, corn. A bread we are making now uses his polenta. We also get whole grain from Central Milling. We still get einkorn from Bluebird Grain Farms (in Winthrop, Washington). I don’t have the storage, so I’ve tried to find more local farmers and get less in at a time.”

Many of the breads at Manresa Bread are made with local grains, the majority grown within 100 miles, including wheat, corn, emmer and Kamut. Earlier this year, the bakery installed a 48-inch stone mill to produce freshly milled flour. They mill about 2,000 pounds each week. “I believe you can taste the difference,” Ruzicka says. “We have an educated customer base. They are excited and curious about food. And their priority is knowing what ingredients are in their bread.”

Her interest in whole grains played an integral role from the start of her baking career about seven years ago. Ruzicka’s culinary experience dates back even longer. After she completed studies at the French Culinary Institute in New York, where she earned a diploma in culinary and the art of international bread baking, she staged at Per Se, working with master baker Ben Hershberger, baking for Per Se Restaurant and Bouchon Bakery. Meeting Stephen Jones, director of The Bread Lab at Washington State University, also proved beneficial to her early education in bread baking. She learned a great deal about the opportunities and excitement of working with local grains. “He provided a lot of information early on, which was very special.” 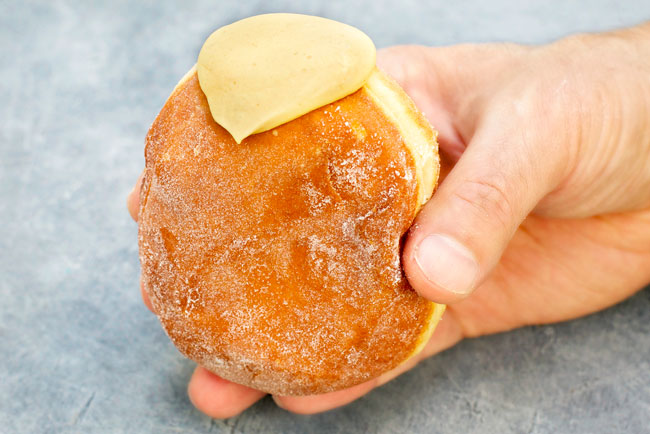 Ruzicka, a Greensboro, North Carolina, native, gained a professional interest in food from the extensive time she spent abroad during and after high school. Encouraged by her parents to explore and experience other cultures, Ruzicka moved to Spain as a high school sophomore and spent a year in England before college. “Living abroad at a young age really opened my eyes to different lifestyles and cultures.”

She attended the University of North Carolina at Chapel Hill, where she studied political science, international studies and creative writing. A study abroad trip to France later exposed her to a new world of award-winning cuisine and led her to explore food writing. “I thought if I wanted to get into food writing, I had better learn the ins and outs of a kitchen, so I worked at restaurants while finishing my degree. I loved the intensity, creativity, and collaboration that came from working in a kitchen and decided to focus on food over writing,” says Ruzicka. Soon after, she enrolled at the French Culinary Institute, where she earned her diploma in six months.

In addition to working at Per Se, Ruzicka was also part of the opening team for Bread & Tulips, a neighborhood Italian restaurant in New York, working entremetier and assisting with in-house bread and sausages.

Her path to Manresa and later Manresa Bread started at the French Culinary Institute facilities where Manresa’s Chef David Kinch was in town preparing for an event. “I instantly liked watching the team work,” she says. “They were incredibly focused and detail oriented but also had a great time doing it.”

She reconnected with Kinch later at a James Beard Foundation pop-up dinner and decided she wanted to make her way out to the West Coast to work at the restaurant. While there were no kitchen opportunities available at the time, Ruzicka accepted a food runner position and staged in the kitchen whenever her schedule allowed, working in bread, a skill that came naturally to her. When she transitioned to a full time back-of-house position she trained on both the amuse and bread stations before spearheading the bread program full time. 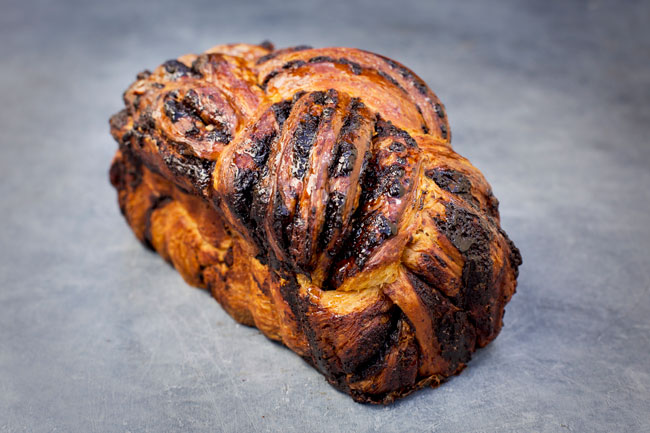 “I love the whole process of working with bread — cultivating the starter, tweaking a recipe, working with the dough, and using all of my senses to gauge if it’s time to bake,” says Ruzicka. “I enjoyed taking over the program at the restaurant and when the opportunity to start selling the bread outside of Manresa came up, I jumped at the chance.”

Manresa Bread launched in 2013 at the farmers’ markets in the Bay Area cities of Campbell and Palo Alto. A year later, the team settled into a permanent commissary kitchen space in Los Gatos, and opened its first retail location next to Manresa restaurant in 2015.

In addition to the retail space and farmers’ markets, Manresa Bread is served at all Verve Coffee locations in Santa Cruz and now has a booth at the Willow Glen farmers’ market on Saturdays. The second retail space for the bakery opened in Los Altos in 2016. The International Culinary Center recognized Ruzicka’s achievements by rewarding her with the “Outstanding Alumni Award,” and the bakery launched national delivery of its breads in 2016.

Manresa Bread mills more than 90% of its flours in-house, sourcing organic grains from purveyors including Camas Country, Coke Farms and Bluebird Grains. Having the ability to mill whole grain flour allows Manresa Bread to produce the freshest product possible with a deeper flavor and a longer shelf life, Ruzicka says.

The bakery produces 3,500 loaves of bread a week, using more than 4,000 pounds of organic flour. Manresa Bread produces its bread and pastries in a 3,400-square-foot commissary kitchen located down the street from the Los Gatos retail space.

A 19,000-pound TMB Tag Gas Deck Oven from Italy allows Manresa Bread to bake up more than 150 sourdough loaves and 200 baguettes at a time. The bakery team rolls anywhere from 500 to 1,000 croissants each day. 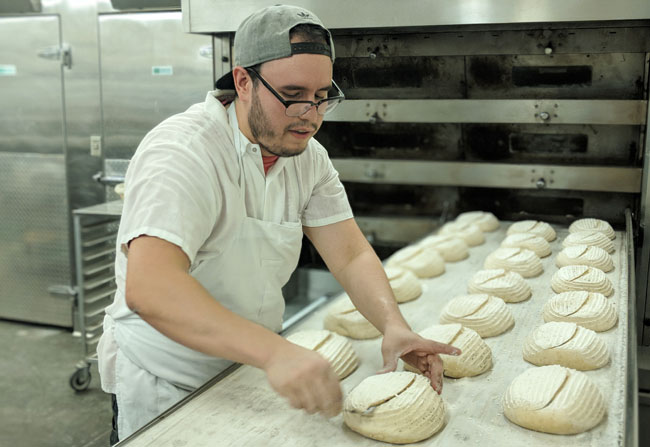 Manresa Bread stocks a rotating selection of sourdough loaves as well as sweet and savory pastries created for the season including Manresa Levain, Whole Wheat, Pullman Loaf, Sourdough Baguette, Fruit and Nut Loaf, Kouign Amann, Whole Wheat Chocolate Chip Cookies, Pain au Chocolate, Strawberry Crème Fraiche Danish, Cherry Polenta Almond Sourdough, Quiche Lorraine, and more. “I love to make laminated doughs — croissants, inverted puff pastries, and biscuits with a fold or two,” she says. “I do not have the same amount of experience with them as I do sourdough bread, so it is particularly exciting to work on them.”

There are about 15 employees, working three production shifts a day, seven days a week, at Manresa Bread. Each shift involves a little bit of everything, but with an emphasis on one primary task. The 2 a.m. shift is more mixing, the 9 a.m. shift more shaping, and the 5 p.m. shift primarily baking with some mixing and shaping.

They manage about five or six starters at one time, and doughs go through at least a 20-hour process including autolyze and fermentation.

“What I like about our schedule is we have consistent times and systems, and on each shift we do a little bit of everything,” Ruzicka says. “I don’t want anybody to come to work and not do some of everything.”

Ruzicka considers her greatest skill to be her passion. “I love and respect the ingredients as much as I love the finished product. This extra care and attention to detail when baking is what sets us apart at Manresa Bread.”

She also loves the sharing aspect of baking and community and believes consumers will continue to support businesses that pursue excellence.

“It’s an exciting time to be a baker,” she says. “Social media allows us to connect and ask questions. People really do want to share information.”