We use cookies to provide you with a better experience. By continuing to browse the site you are agreeing to our use of cookies in accordance with our Cookie Policy.
Home » The top Instagrammed celebrity cakes

Jack & Beyond, an award-winning online cake shop in Fulham, London, recently set out to find which celebrities are the most popular on cakes. Based on total Instagram hashtags, the most popular celebrity cake belongs to BTS, the chart-topping boy band from South Korea.

BTS was featured in 30,479 cake-related posts on Instagram. They had a significant lead over the #2 choice on the list – Blackpink. Also hailing from South Korea, the girl band appeared in 9,281 Instagram posts regarding cakes. 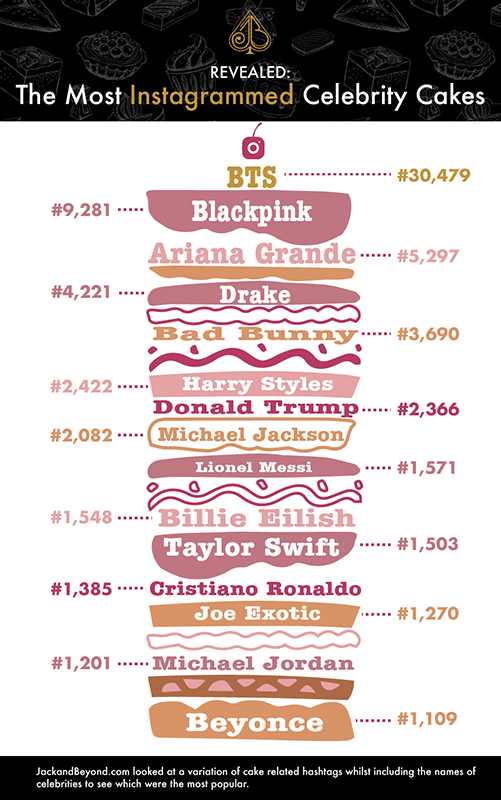 Jack & Beyond took a variety of lists showcasing the most popular celebrities across different areas and took to Instagram to see which had been made into a cake most often. The celebrity names including nickname variations were searched, followed by cake, cakes, cake topper and cakepops. The total number of posts were added together and the top 15 taken from the list, the celebrities were then ranked based on their totals.