We use cookies to provide you with a better experience. By continuing to browse the site you are agreeing to our use of cookies in accordance with our Cookie Policy.
Home » Kate Goodpaster discusses being named to Team USA for Baking World Cup

The extensive selection process for the Bread Bakers Guild of America (BBGA) Team USA began back in September of 2017, when 22 bakers submitted their applications. In February of 2018, they would compete in tryouts, culminating in a final tryout in June of 2018.

At the beginning of this year, the BBGA announced the members of Team USA:

The designation is a point of pride for each of these members, especially Kate Goodpaster. She has wanted to be on the team for a long time and knows that it will be great growing experience in her career as a pastry chef.

“I’m readying myself to experience the high-intensity work and learning process, it’s such an intensive period of time-- all with the goal of making the best bread and pastry in the world.” Goodpaster says. “It’s really a privilege to learn from the coaches, judges, and sponsors involved with the team and competition.  Professionals at the top of their game gather for this event, learning and sharing with each other at this national and international forum, standing on the common ground of craft and passion for what they do.  Everyone is so motivated to innovate and support the industry.” 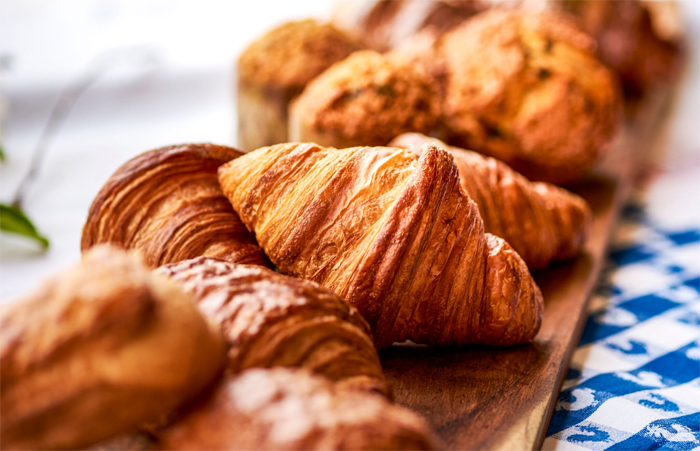 Prior to joining the team at Patisserie 46, she received a B.A in Philosophy from Gustavus Adolphus College in 2009, worked as a baker for several years, and then attended The French Pastry School of Chicago. After completing the L’Art de Patisserie program, she completed the 6-month internship at the school. It was then that she met Chef John Kraus and began her work at Patisserie 46.

“I’m over the moon. It’s going to be a great growing experience for her as a professional and also as a human,” says Patisserie 46 chef/owner John Kraus, who won a bronze in the Coupe’s Patisserie category in 2015 and is the first American to be inducted in Relais Desserts (a 100-member organization consisting of the world’s top pastry chefs). “From my experience, I can say going through this opens your eyes to a world that you don’t even realize truly exists. You get amazing coaching and incredible support-- the whole thing is just an incredible honor and opportunity. We’re all just thrilled for her.”

We asked Kate Goodpaster about the experience of earning her spot on the team and what she’s looking forward to at the competitions.

What was the process like qualifying for Team USA?

First, I submitted a paper application that demonstrated ideas, a plan to execute them through formulas and photos, and an explanation of my qualifications and drive to compete.

For the first round of try outs I had to prepare a plain croissant, chocolate croissant, 2 laminated pastries of my choice, 2 non-laminated pastries of my choice, a freestyle pastry, and a savory pastry. For each category I had to prepare a certain number of pieces that had to weigh within a few grams of a certain weight. I spent weeks developing my designs and formulas, and then baking them over and over.

The second round of tryouts had the same requirements, but they wanted to see entirely different products, so the research and development started again.

What are you most looking forward to about competing at the Coupe du Monde de la Boulangerie?

Every day with my team at Patisserie 46 we compete to reach as close to perfection as possible with a living breathing product. Our success is collective, and I am looking forward to developing a similar bond with Team USA as we train together.

Have you received any noteworthy advice about the competition?

John Kraus, who owns Patisserie 46 and Rose Street Patisserie, has of course been an experienced voice of wisdom. I met John after I completed the L’Art du Patisserie Program at the French Pastry School in Chicago, and I’ve worked for John at Patisserie 46 for 5 years. John competed in the Coupe three years ago, earning a bronze medal. Chefs that have competed in the past have offered great advice about being precise in everything I do and paying attention to every variable. John, along with his teammate Josh Johnson and Solveig Tofte have all especially helped me by emphasizing how to practice routine, sharing ways they encouraged muscle memory and efficiency while creating the most challenging products they’ve ever made.

How has your time at The French Pastry School and then at Patisserie 46 prepared you for this experience?

What product would you most like to make at the competition?

You’ll have to stay tuned!