We use cookies to provide you with a better experience. By continuing to browse the site you are agreeing to our use of cookies in accordance with our Cookie Policy.
Skip To Content
Home » Collaboration leads to Tiptree World Bread Awards USA winner

What does it take to win two Tiptree World Bread Awards USA with IBIE? In the case of Michael Kalanty and his collaborators, it took six months, about a dozen different flour blends and the baking and tasting of a whole lot of loaves before settling on the final version of Pane Alla Pala, which is now called Pane Romana.

Kalanty, a baker, instructor and cookbook author who is now an R&D specialist for the bakery industry, was tasked with creating a Roman-style table bread for San Francisco’s Delfina Restaurant when it remodeled the restaurant and retooled the menu.

“They said, ‘We want a table bread that really emphasizes our classic Roman character,’” he says. “‘On the one hand we have focaccia, but that is maybe too bread-like. And on the other hand, we have a ciabatta, which is a little too airy. So we want something in the middle.’ ” 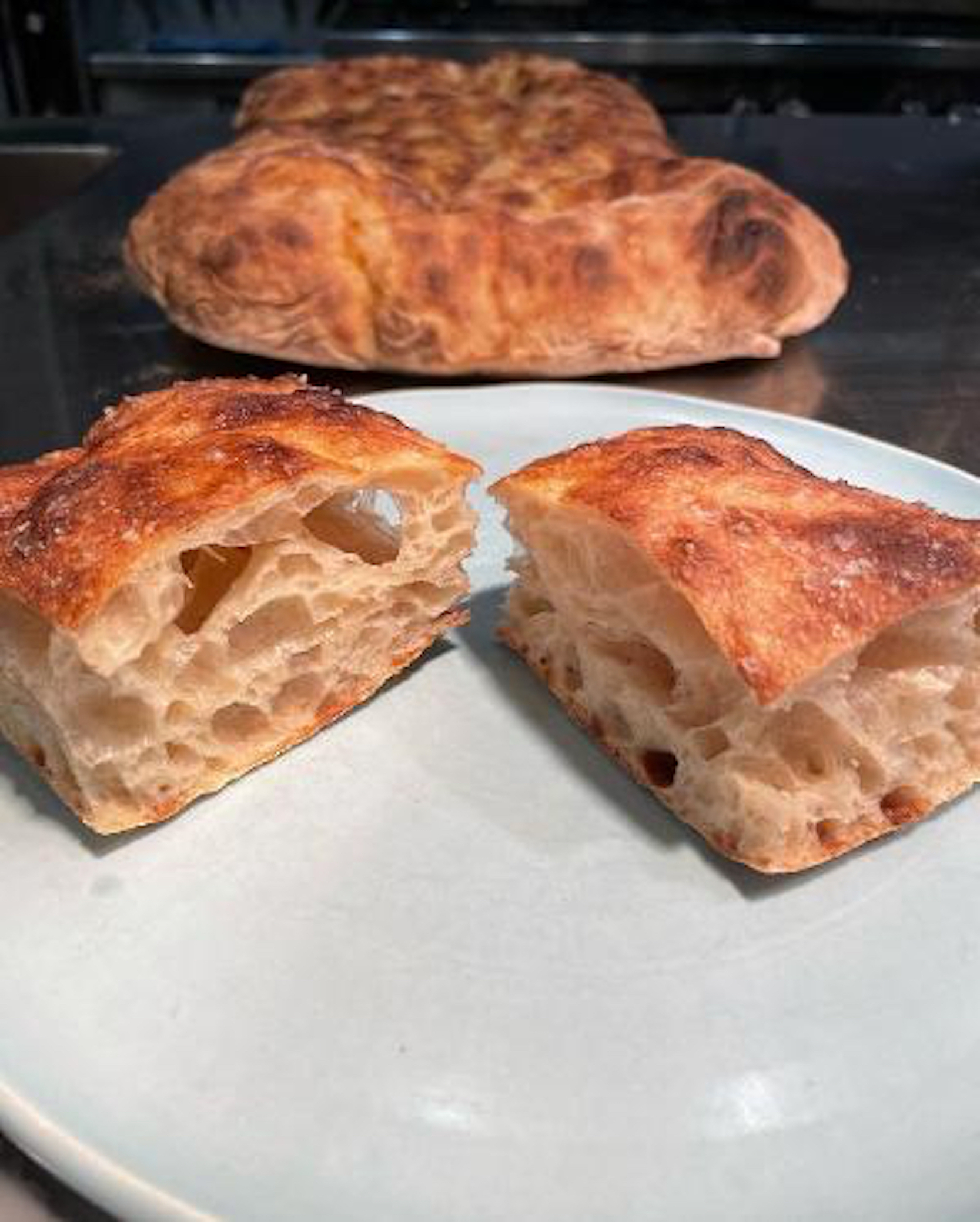 Michael Kalanty's award-winning bread is a cross between a focaccia and a ciabatta.

He started in January, working with the restaurant chefs and owners. They would meet at 4:30 p.m. every other day to taste the latest loaf, discuss what they liked and didn’t, then Mr. Kalanty would return to the kitchen for the next round.

“We’re able to provide bakeries with 100% traceability and zero in on regional types of grain for different projects,” says Giusto, who is based in Petaluma, Calif. “With that program, we’re able to collect a lot of data on the performance of wheat.”

After spending a couple of months working on the bread, Kalanty took a trip to Rome, eating pizza and bread from one end of the city to the other.

“Eating all the different Italian-style breads, which tend to be flat and long, they really walk the line between those two breads that Delfina had talked about,” Kalanty says. “That trip helped me really set in my mind what we wanted to do.”

Bread baking is both an art and science, requiring the right ingredients and the right technique. Giusto says good bread is 30% flour and 70% the baker because it’s the baker who coaxes all the flavors out of the flour.

“It’s a combination of all things,” he adds. “Flour is the foundation of the house, and it’s up to the baker to build the house with it and make something that people can inhabit. Flour will only get you so far, but with the flour the baker can accentuate all the nuances of that grain and manipulate it.”

When Kalanty saw the information about the Tiptree awards, he decided to take a chance and enter.

“I thought, this is absolutely the best chance to test this thing and see what’s going on. I felt it was a personal challenge,” Kalanty says. “They had a focaccia (or flatbread) category and they had a ciabatta category. Their definitions were overlapping enough but distinctive enough.”

So he entered the bread in both categories, and took the top award in both.

“It’s a total honor to stand up in front of the cameras and hold up plaques,” Kalanty says. “But it’s really never the one person. It’s always a team, there’s always a process, there’s always give and take. There’s always information and support from so many different channels.”